How long is long? We broke our trip in to two parts because we had to get to Barcelona by flying to Bangkok from Koh Samui. To Helsinki from Bangkok and we had a Helsinki – Barcelona flight in the end so the first part was Koh Samui – Bangkok and we spent two nights in Bangkok.

Bangkok – Helsinki was more than 11 hours.

Helsinki – Barcelona was an extra 3 hours, plus waiting in between.

Zoard does not eat salt nor sugar. My husband is on a low cholesterol diet and I breastfeed so I need some action when my blood sugar plays tricks on me.

The last three was from a salad bar we went to in Bangkok. This was the most fun eating for Zoard since it was his finger food that he ate independently finding joy in picking out the bits he wanted.

Suggestion: you can never pack too much snacks.

When to Get on the Plane

If there is two of you my suggestion is that one of you take the advantage of being with a child so get on the air plane with those who can go first. Get everything sorted out, make a mental map of the things you brought along to survive the trip.

The parent with the toddler should get on last. Try to encourage your little one to run and climb and move around as much as possible.

When you are boarding to get on your last plane which if you are lucky is a shorter journey, board first. By that time, your son or daughter might be dead tired.

Zoard has been on a plane many times but nevertheless, this is an experience so make it special if you can. We started talking about this trip at least a week ahead. And as the date got closer I told more and more about our plans to Zoard. He knew that we would transfer in Finland and that his stroller will be checked-in with our other suitcases etc.

Seat back pocket and its treasures

Let your toddler MOVE around if you feel that he or she is safe doing so.

Zoard found crawling to be safer.

I put a rubber band around some pencils and we brought some paper.
If you draw a story it is an extra thing to do.

We printed out old photos with Zoard on them, plus I downloaded some pictures (and had them printed out) that I thought would make an interesting topic for Zoard. Puppies with sticks, helicopters, giraffe, old lady singing in a microphone, lady bug etc.

We bought a new one for Zoard when we thought his old one got lost. But I do not think you necessarily need to spend money on new toys.

Tip: hide some toys and small books a week or two before your trip. It will have a positive effect on your little one.

We got these but did not use them in the end.

Zoard likes to build the tops parts of Duplo cars so this was nice for him to do.

Mini plastic plane in a sock

Some kids like unwrapping I read. I used an old baby sock to hide a toy a week before.

I found out that Zoard can guess the names of songs just by humming parts of the songs. Very entertaining!

How to DRESS your child

We are a bit unusual perhaps when it comes to dressing Zoard because for example, he did not have any shoes and I dislike socks on little kids.

If anyone has an idea how to prevent cracked lips, I am happy to hear. Zoard was the least affected by this but I did put some olive oil on his lips today.

Zoard had his nap time when he usually sleeps during the afternoon though it was a little bit shorter and he also slept in the evening when we were flying from Helsinki. Both times he fell asleep breastfeeding and I rocked him a little bit.

On the longer flight we payed extra to sit in the front row. I highly recommend it.

Flying in the sky in something you chose to do. There are people who never leave their home and who do not have to deal with problems like flying with a toddler. It is part of the deal. Try to stay calm and plan ahead. Work with your partner as a team player and if you fly alone remember that you are part of the Super Heroes Club.

Happy dancing on the floor…

We had a few melt downs when we were waiting for our last plane. It happens. It is not easy for a child… Be kind.

10 thoughts on “Long Flight with a Toddler” 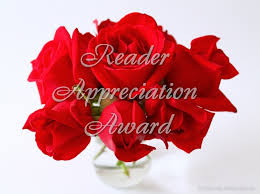